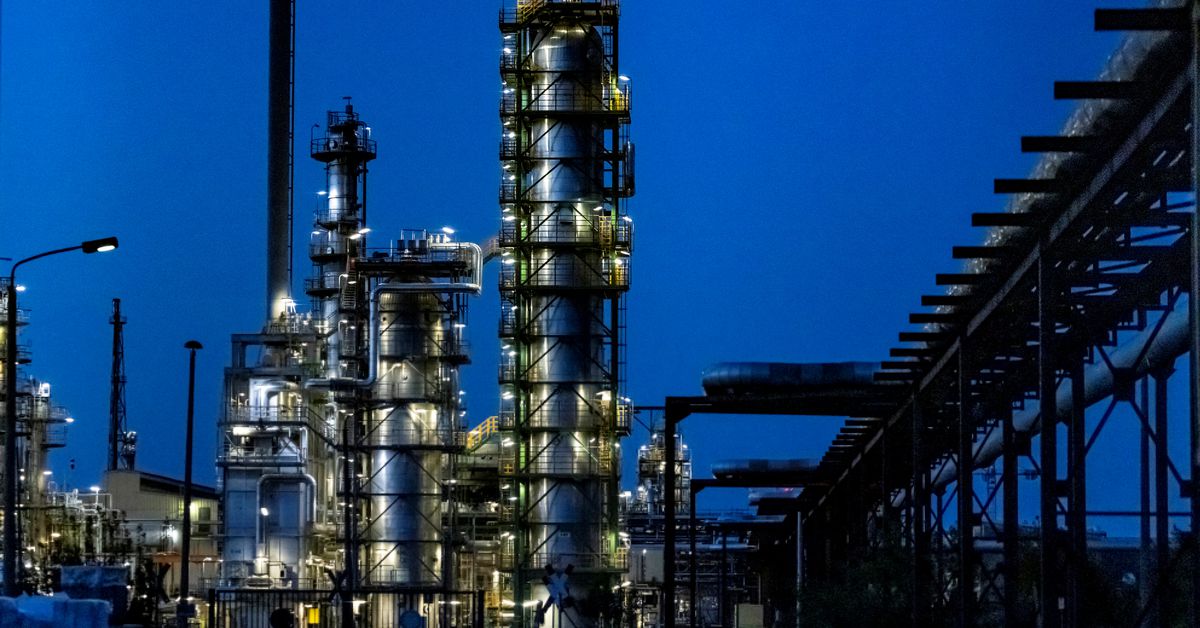 The industrial facilities of the PCK Raffinerie oil refinery are pictured in Schwedt/Oder, Germany, May 9, 2022. The company receives crude oil from Russia via the ‘Friendship’ pipeline. REUTERS/Hannibal Hanschke

LONDON, July 25 (Reuters) – Diesel drivers in Europe, already facing record high prices, are having an even harder time at the pump than those relying on petrol.

Restrictions on diesel imports from Russia following Moscow’s invasion of Ukraine have undermined the fuel’s status in Europe as a cheaper alternative to gasoline, amplifying the fuel cost crisis. life in the region.

In addition to the direct impact on the estimated 140 million diesel motorists refueling in Europe, high diesel prices are affecting the economy and wider inflation, as it is Europe’s preferred fuel. industry and farmers.

Concerns over the disruption of Russian diesel exports pushed average diesel prices at European pumps higher than gasoline in March for the first time and the gap is set to widen, leading to successive price records.

Diesel’s premium over gasoline will hit around $25 a barrel (bbl) in the fourth quarter, up from around $13 a barrel in the second quarter, according to data compiled by Energy Aspects and Wood Mackenzie.

“If you’re driving a diesel-powered vehicle, you’re likely to be affected a little more than if it were gasoline,” said Eugene Lindell, refining and product market analyst at FGE.

This is a particularly European problem.

The percentage of passenger cars that use diesel represents more than 40% of the European market, compared to 4.5% in the United States, according to data from Rystad Energy.

The full impact of the energy market disruption linked to the Russian invasion, which Moscow calls a “special military operation”, has yet to be felt.

EU leaders agreed in late May to cut oil imports from Russia by 90% by the end of this year as the bloc seeks to end its dependence on the Russian energy.

The escalating sanctions mean that all Russian crude transported by sea will be banned from early December and all Russian refined products two months later.

Many companies have already stopped buying Russian fuel and started looking for alternatives.

One consequence is that European refineries are likely to produce more gasoline than diesel.

European refiners seeking to replace the Russian Urals have turned to lighter, sweeter crudes, which produce gasoline rather than heavier diesel.

As a result, analysts expect gasoline prices to decline in the fourth quarter as seasonal demand falls, while diesel is expected to remain expensive.

“While European refiners continue to rely on light crude supplies to maximize diesel production, high gasoline supplies are likely to continue to some extent, which will keep global supplies sufficient as high-carbon crudes. gasoline, especially from West Africa, the Caspian and the United States,” the energy analysis firm said. Vortexa said.

Meanwhile, European diesel imports from Russia continued and reached 825,163 barrels per day (bpd) in the July 1-19 period, the highest since March, Vortexa said.

EUROPE’S DIESEL LOVE AFFAIR IS OVER

Europe’s dependence on diesel follows a policy adopted 25 years ago by EU countries to encourage the purchase of diesel cars with tax breaks in the hope of reducing carbon dioxide emissions .

The switch from petrol to diesel, which contains more energy by volume than petrol, has made Europe’s car fleet more efficient, but as the dieselgate scandal, made public in 2015, highlighted that diesel emits high levels of nitrogen oxide emissions and other air pollutants.

The rising cost of diesel is likely to exaggerate the move away from diesel vehicles, although in the longer term Europe is looking to halt sales of all new fossil fuel cars from 2035. read more

The shift from diesel cars to petrol cars has already been evident for several years, said Rimoon Agaiby, head of Germany in the strategic consulting team at automotive engineering and consulting firm Ricardo.

“Any price differential for diesel versus gasoline would only support this trend,” Agaiby added.

Online used car marketplace Motorway found that sales of used diesel cars rose 21% from May to June, compared to a 13% increase for gasoline cars.

Although electric vehicles may eventually provide a solution, in the short term the pain for European consumers is likely to be compounded by the wider impact on the European commercial fleet, which currently has no profitable substitute. diesel.

Already in June, the cost of food in Europe had risen by more than 11% year-on-year, according to Eurostat figures, as diesel was one of many factors driving up production costs, which are ultimately passed on on consumers.

NGT ban in Delhi-NCR: what to do with my pristine 10-year-old Audi A6?