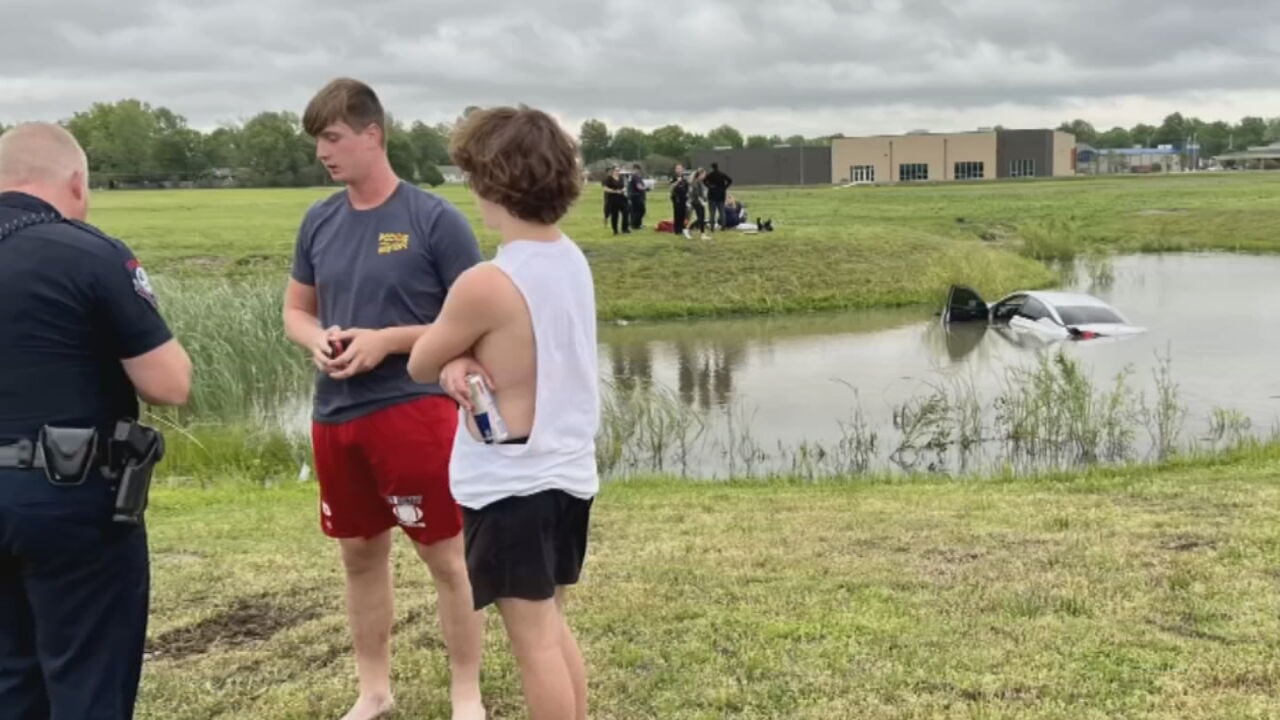 Two Bixby High School athletes came to the rescue when a teenage driver suffered a medical condition on Monday and crashed into a pond near 121st and the memorial.

Witnesses reported that a white car was in the furthest inside lane heading east when suddenly it jumped four lanes and plunged into the pond.

Brody Duffel and Joey Toma were returning from football practice when they saw the crash.

“We stopped and jumped up and asked him, ‘Are you coming in? He’s like, ‘Yeah’, and so he can see him start throwing his clothes away,” Joey explained.

As Joey called 911, Brody intervened, followed by another good Samaritan.

“I was able to open that door and luckily before there was too much water pressure on it I opened the door and it kind of fell out of the car and into the other guy, and we were able to pull her up and get her up the bank,” Brody said.

Bixby sophomores took to social media to find the driver, 16-year-old Catie Copenhaver, who is a student at Victory Christian School.

Only News On 6 was there when the driver met the teenagers who helped save his life.

“Thanks for helping out and thanks for recording this,” Catie told Joey and Brody. “The check-in was very helpful.”

Catie said she was grateful for the absence of injuries and the kind strangers.

“You could have just watched my car go and just said, ‘Oh, that sucks,’ but you took action, and that’s what’s really special,” Catie told Joey and Brody.

These high school students and their families have made new friendships and remind us all of an important lesson.

“If you see something, do something even if it helps someone by calling the police or calling 911,” Brody said.

Because of their heroic actions, Joey and Brody will be honored at the Bixby Public Schools Board meeting at 6 p.m. on Monday, May 9.