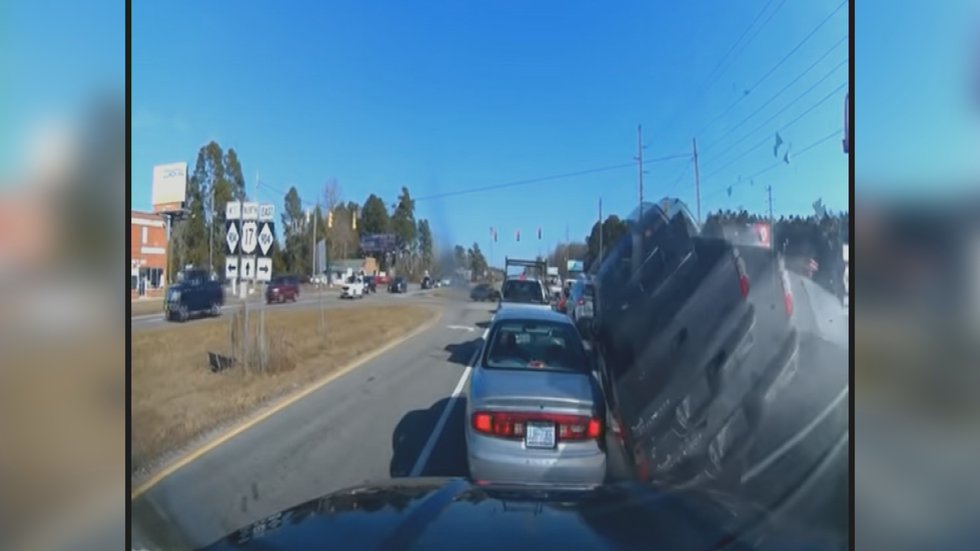 Video captured by an on-board camera captured the entire crash. The footage looks like something straight out of an action movie, with a high-speed truck plunging sideways through the two lines of stopped cars in the light, and debris being catapulted high into the air.

The driver was charged with DWI and driving without a license, but everyone survived the high-speed crash that happened on December 26.

This isn’t the first crash at 904 and Highway 17, and it’s unlikely to be the last. In 2018, two people died after a truck collided with their van.

North Carolina Department of Transportation (NC DOT) records show the intersection recorded 64 crashes for the 57 million and more cars that entered the intersection, according to the annual average daily traffic tally.

With traffic expected to increase only in the area, the agency has made preliminary plans to improve the intersection. However, this is not a new effort. In 2019, the ministry held a public meeting on the proposal.

“It’s called a reduced conflict intersection,” NC DOT spokesman Andrew Barksdale said. “When we install this design – when you’re on 904, when it’s safe to do so, or when you get a green light, you just turn right; but, if you want to go straight or go left, you go right first, then you go to one or two football fields, then you enter a dedicated separate turn lane.

This is the same approach in place at Leland, and its main purpose is to reduce congestion, which also makes the intersection safer.

“This design allows the intersection to work more efficiently without having to add lanes and to add more lanes we start knocking down buildings,” Barksdale said.

According to the DOT, these kinds of additions increase the price of the project and speed up the construction schedule.

The first step – securing the right of way – is scheduled for 2027. The real money to build the new reduced conflict design is not yet on the books.

“In the current ten-year plan, this project is currently not funded for construction. The idea is that every two years, when we update this plan, we can take it forward, ”Barksdale said. “I believe this project is a priority and will be well rated and competitive in future funding rounds.”

The ministry hopes that in the fall of 2022, they will be able to give the green light to construction.

The bipartisan infrastructure bill could also provide DOT with the infusion of funds needed to place projects like this higher on their punch lists.