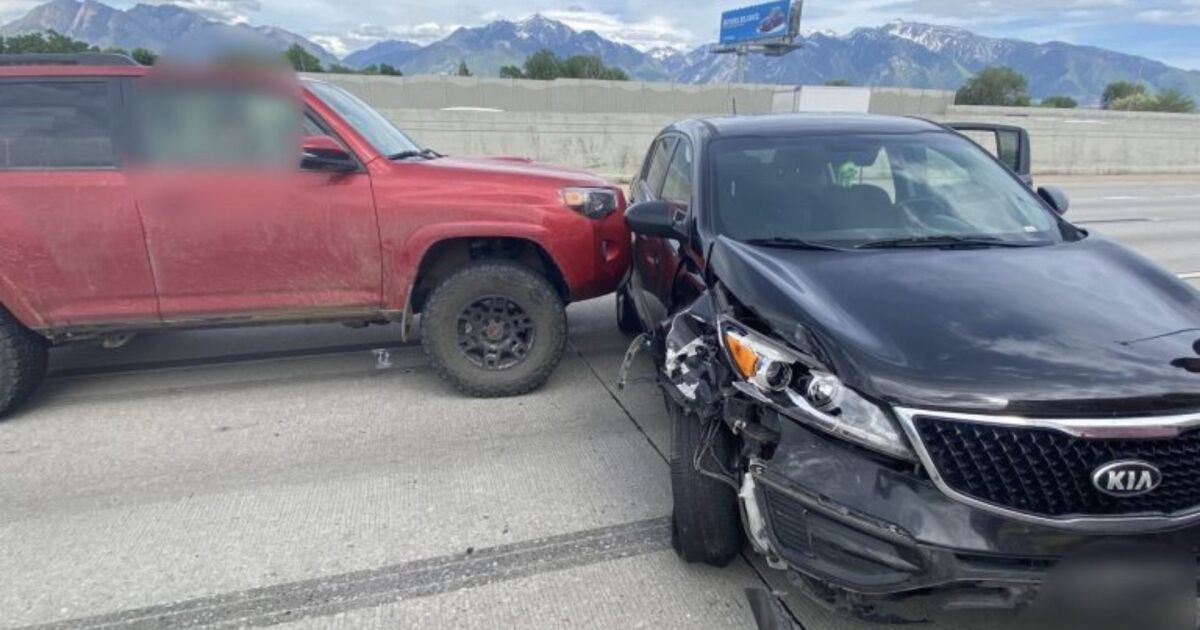 MIDVALE, Utah — A woman was taken to hospital in extremely critical condition after appearing to have a medical condition before a crash on I-15 Sunday afternoon.

At approximately 3:20 p.m., the woman was driving a Kia sedan southbound on the freeway near 7700 south when she crashed into a Ford Explorer in the left lane. According to the Utah Highway Patrol, the woman’s vehicle was not staying in the same lane just before the crash.

His car then continued south, drifted toward the left concrete barrier, and struck the Explorer a second time. The impact spun the Explorer, which came to rest in the left emergency lane in the opposite direction.

A red Toyota SUV then struck the passenger side of the Kia, which UHP said caused the car to roll through traffic.

The woman was unconscious when emergency first responders arrived. They began taking action to save her life and took her to a local hospital, where the UHP said she was in “extremely critical” condition.

There was a toddler in the car with her. The UHP did not say whether the child was injured. None of the people in the other vehicles were injured.

“The woman is believed to have had a medical condition prior to the accident due to the lack of damage to the vehicles involved,” UHP wrote in a press release.

Several southbound lanes were closed due to accident response, investigation and cleanup.