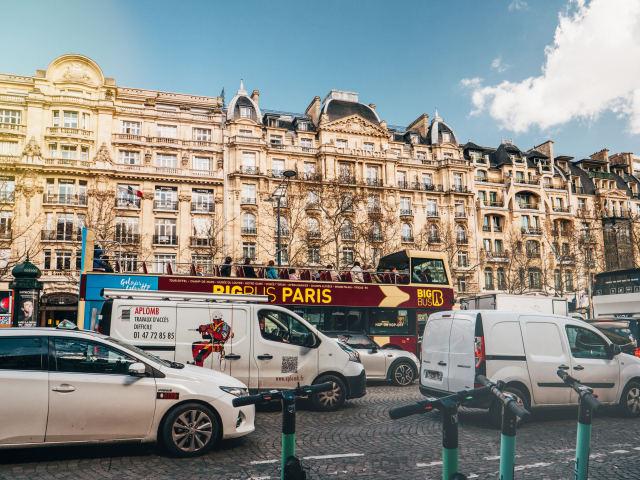 Several changes are coming for drivers in 2022 in France, including an increase in so-called green taxes on new cars and tolls and the mandatory installation of speed limiters linked to GPS on cars. We explain.

For taxes, the main increases are due to lower CO2 emission limits for cars, which means that any new car with a rating of 128g of CO2 per kilometer will now fall into the “malus” category of environmental taxes.

It will mainly affect gasoline vehicles that consume more fuel than diesels, for example with a gasoline-powered Dacia Duster, one of the best-selling models in the country, now paying a penalty of € 300, an increase of € 100.

Even small petrol cars will be affected, a Citroën C3 with a 1.2 liter PureTech engine developing 110 hp and a Renault Clio with a 1 liter Tce 90 hp engine will both be affected if fitted with automatic gearboxes.

French manufacturers are not present in this market segment.

Big car and SUV enthusiasts will also face another green tax this year, if their vehicle weighs more than 1.8 tonnes, including an allowance for a driver of 75 kg, with the tax calculated at the rate of € 10. for each kilogram exceeding this limit.

Electric and hybrid cars are excluded due to the extra weight of their batteries as long as they are certified to be able to travel 50 km or more on the battery alone, and tax reductions are also available for families with more than three children.

The green tax ceiling of € 40,000 cannot be exceeded this year, even if the cumulative weight tax and CO2 penalty tax exceed the amount.

Rise in tolls to recover losses during lockdowns

Tolls will also increase by 2% on average, from February 1, although they were originally introduced as a way to pay for the construction of highways, and the construction costs of most of them have been covered over the past decade.

Freeway concessionaires say they need a raise to offset wage increases and lost income during closures.

Government assistance for the purchase of an extended electric car

With its generous hand, the government maintains, until the end of June, the subsidy of € 6,000 for the cost of purchasing certain fully electric cars, with the subsidy decreasing as the price of the car increases and ending for cars. cars that cost more than € 60,000. From July the subsidy should be reduced to € 5,000.

Buyers of plug-in hybrids can still claim their € 1,000 bonus, although environmental groups complain that real-life examples show they actually use more gasoline than simple gasoline engines or other hybrid types. .

This is mainly because they are bought as company cars and drivers don’t bother plugging them in to recharge the batteries every night.

Other subsidies to help people buy cleaner cars, the conversion premium has been tightened with subsidies only available to people who buy cars with CO2 ratings of 127g CO2 per 100 km, up from 132 g of CO2 per 100 km last year. Subsidies can reach 5,000 € to help with the purchase of electric or plug-in hybrid vehicles, depending on declared income.

On the road, drivers this year are advised to keep an eye on speed limits, with the government saying it will focus its efforts on ensuring the existing 4,500 radar sites are operational.

Read more: Radars are back in action in France with 4,700 radars

At one stage of the yellow vests protests, only about a quarter were, the rest being vandalized.

The fleet of private radar cars will also be extended to all of France and should reach 400 vehicles by the end of the year, each in circulation at least seven hours a day.

New tire law fines to be applied from November

November 1, 2021 marked the first day of the new French winter tire obligation, which applies to certain mountainous areas of the country between November 1 and March 31 of each year.

You must be equipped either with chains now in the vehicle, or with winter tires. From November of this year, fines will start to be imposed if they [the cars] are not equipped in accordance with the new regulations.
Read more: Are snow chains an authorized alternative to winter tires in France?

Driving in Paris will become problematic for many people from July 1, with the city banning all cars with a Crit’Air3 sticker or higher. Crit’Air3 mainly applies to diesel cars purchased before 2010 and petrol cars before 2006.

Lyon has announced that it will ban all Crit’Air5 cars from July.

Plans to flash offending vehicles with a bad Crit’Air sticker or no camera sticker, which were also due to be completed this year, have been postponed until at least 2023, after it was discovered that no laws were made. ‘authorized the authorities to do so.

All new cars will have automated speed monitors

Another law concerning new cars will come into force in July, making it compulsory to install a speed limiter on all cars and to set the limiter to default.

Read more: All new cars in France will be fitted with automated speed controllers from July 2022

The speed limiter will be linked to the car’s navigation system to obtain information on the speed limit, and it will be possible to deactivate it each time the engine is started.

From January 1, the legal guarantee of conformity, if they buy the car from a professional, is extended from six months to one year. The warranty has also been amended so that it is now up to the professional to prove that the defect denounced was not present at the time of the sale, and not to the buyers.