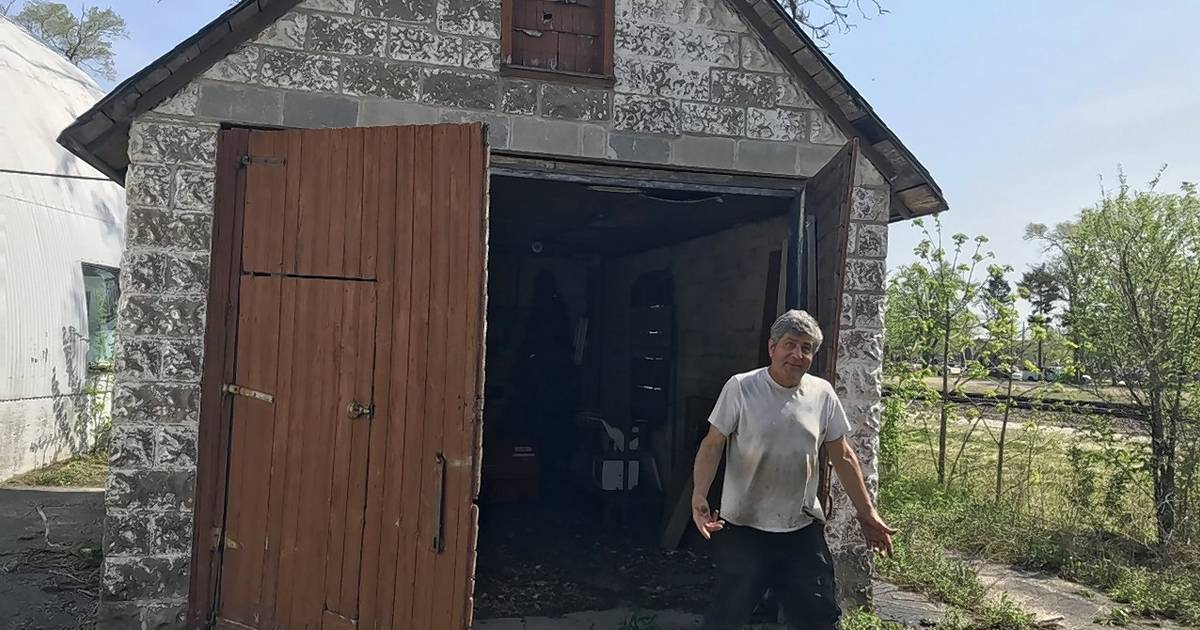 ‘I hate to see it knocked down:’ The old Mundelein building is free if you can move it

A small blocky building near the train tracks in the older part of Mundelein is there for the taking, if you can move it.

Owner Glenn Garamoni suspects the small structure on his property at the southwest corner of Morris Avenue and Route 176 was originally a blacksmith shop.

“I’m trying to give it away because I’m selling the property,” he said.

“I want to donate it to someone who would move it. I hate to see it knocked over.”

In 1981, Garimoni leased the property, best known for a Quonset cabin structure, from the California owner and took over the used car business that operated there across Route 176.

Garimoni bought the property in 1987 and ran the used car business for several years.

A nondescript building on the west side of the property that had been altered over time came with the purchase. Garimoni said the small outbuilding contained a blacksmith’s forge when he first entered it in the 1960s.

An iron box at the back and guy wires to hold a flue for the forge also suggest its original use, Garimoni said.

Although it may have once been a blacksmith shop, no evidence of its origin could be found, according to Mike Flynn, chairman of the Mundelein Historical Commission.

“Glenn gave us this (building) a while ago,” Flynn said. “We really can’t confirm what it was.”

Flynn said the offer was turned down due to the difficulty of moving it and the lack of official confirmation of its use. But the commission might be interested in salvaging some of the concrete blocks.

The concrete block used in a building in the oldest part of Mundelein bears the name “Rockefeller”. The town of Holcomb incorporated as Rockefeller in 1909, but changed its name to Area later that year. The JL Irving cement block mill operated on the site in 1909.
-Mick Zawislak | Personal photographer

The history of the buildings and the area known as 131-135 E. Maple St. is long and varied.

“We know that the JL Irving cement block mill operated on this site in the early 1900s,” Flynn said.

The concrete blocks used to build the small structure are stamped with the name “Rockefeller” and it’s possible it was built in 1909, Flynn said.

The town was originally called Holcomb, after John Holcomb, who was active in the development of the area. In 1909 it incorporated as Rockefeller but changed its name later that year to Area before becoming Mundelein in 1925.

Moore’s gas station and towing service operated in the main building during the 1940s and 1950s. Moore reportedly used the small cement block building to repair cars. He obtained the Quonset hut as government surplus and added it to the property in 1946.

Flynn said Holcomb’s 80-acre properties may have included Garamoni’s property. In any case, the buildings in Garimoni and two others across the street are being acquired and will be cleared for Morris Station, a 139 townhouse development.

VinFast wants you to subscribe to your own car battery. Here’s what you need…