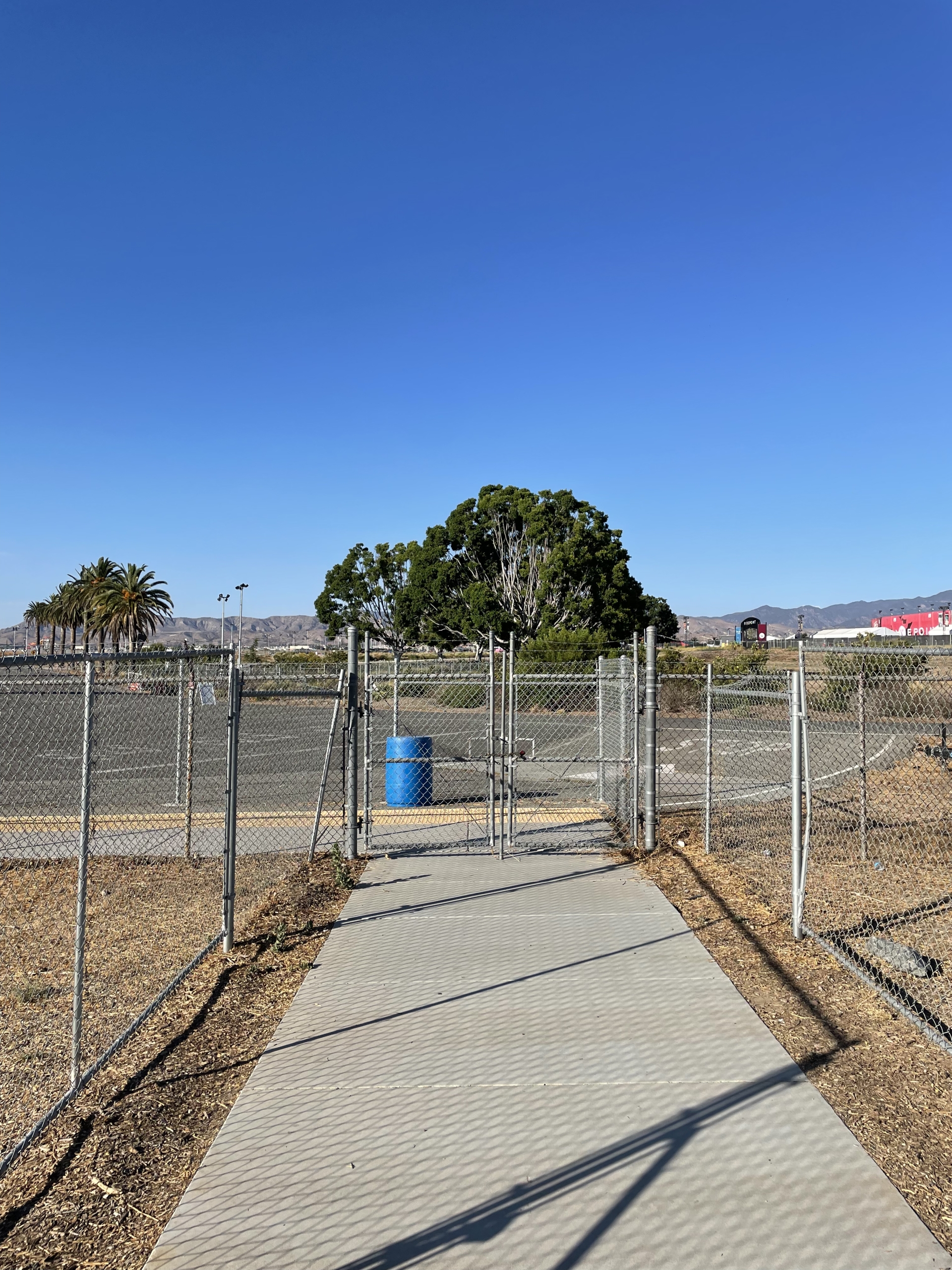 It shouldn’t be so hard to go to the game

We recently ventured on an uncertain and perilous journey through Orange County; attempting to get to a sports game using public transit. The team in question was Orange County Soccer Club, who play in Great Park, Irvine. We started from Orange station assuming that after a 20 minute journey we could walk from the Irvine transit center to the park, just over a mile. Google Maps seemed to think it was doable. But after disembarking, we found that access to a public street – Marina Way – was blocked off by a padlocked chain-link fence. There was no other way to walk to the park, and the bus lines from the station didn’t stop there either. There was no choice but to call a Lyft; after 5 minutes of travel – via a freeway – and $15 less, we arrived at the stadium. After the game we were picked up by a family member in a car, the last train to Orange having long since left. It shouldn’t be that hard to go to the game.

Orange County, like the rest of the country, is facing a rising cost of living, fueled by high gas prices, not to mention the need to address climate change: we need to find better solutions to simple problems like this. As we wanted to catch a football game, what about families who might want to visit their local park who don’t own a car, or might want to take the cheaper, cleaner option of public transit ? It’s not an infrastructure problem; which is already in place. It is a problem of service delivery and coordination. It’s about creating a connected transport network that offers users a range of options to make their journey, and that protects pedestrian access (We learned later that the padlocked fence is owned by a private company that unlocks when its own events are programmed) . It’s also a problem with the imagination, and a challenge to the prevailing idea that we should think of cars first when all other transportation becomes an afterthought.

At first glance, this is a problem that can be easily solved. This means coordination between the city of Irvine, Amtrak and the private company to unlock a door. Ideally, bike or scooter rentals could link the station and the park for those not inclined to walk. But really, it touches on the larger question of Southern California’s car-centric culture, which defines how our cities look and feel, and who can access places and services. While the state had the impetus to connect our cities to highways in the 1950s, now we need the imagination to produce a more diverse public transit system that creates communities that are rideable, bikeable and walkable. foot. We can even learn from our own past: Orange County towns had streetcar systems before they made way for car-centric development. There are still remnants of neighborhoods that offer rare and therefore highly desirable walkability, such as Old Towne Orange and Balboa Peninsula.

To its credit, the City of Irvine is in the process of formulating a Climate Action and Adaptation Plan. The City was initially receptive to our complaint about the locked door, although they eventually referred the matter to the private company. We hope that a greater emphasis on public transit and accessibility will be at the heart of this adaptation plan. The City is rightly proud of the Grand Parc, which it describes as “an innovative public space”. But while the only way to enjoy this space is by owning a car, it is by no means public. Orange County has the history, the innovation, and even some of the infrastructure to start tackling these issues, we just need to focus more on giving people the agency that comes with it. the choice to drive, walk, bike or train for all that our communities have to offer.

Jamie Larkin is Assistant Professor of Creative and Cultural Industries at Chapman University. His research focuses on the role museums play in contemporary social and economic issues.

Ryan M. Allen is Assistant Professor of Comparative and International Education and Leadership at Soka University of America. His research focuses on the internationalization of higher education, the intersections between education and urban planning, and the East Asian region. He tweets from the @PoliticsAndEd account.

Opinions expressed in community opinion articles belong to the authors and not to Voice of OC.

Voice of OC wants to hear different perspectives and voices. If you would like to comment on this or other issues, please email [email protected]