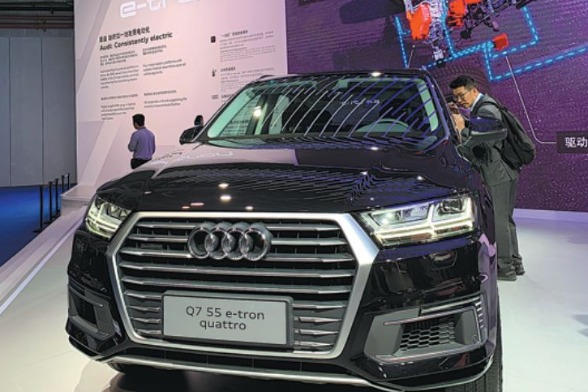 Gasoline-powered cars could turn dinosaurs sooner than expected, as major economies offer to ban sales to cut emissions, automakers accelerate their transition to electrification, and customers develop a penchant for electric alternatives.

Last week, Canada became the latest country to announce a ban on sales of new gasoline cars. The Canadian government has said it will require 100% of car and pickup truck sales to be zero emissions by 2035 to protect the environment.

In recent years, several countries and regions have made public plans to ban the sale of gasoline vehicles.

The UK will implement a ban on new internal combustion engine cars by 2030, as will China’s southernmost province of Hainan.

Japan also released a green strategic plan in December to make all new cars hybrid or electric by the mid-1930s, and France will see all new battery-powered cars by 2040.

Norway is the leader on this front, aiming to phase out new fossil-fueled vehicles by 2025.

It’s already off to a good start. Norway’s electric car market share reached 54% in 2020, up from 42% the year before, according to data released by the Norwegian Road Federation.

Decisive efforts by governments and clear timetables are driving automakers to move towards electrification.

Most of the major automakers, from Volkswagen to Toyota, have launched electric cars, and some have published a timeline for going all-electric.

British luxury brand Jaguar will be even earlier, producing and selling fully electric cars from 2025.

Volvo, a Swedish brand owned by the Chinese Geely, will follow suit in 2030. It forecasts that 50% of its sales in 2025 will be electric cars. Another British luxury brand, Bentley, will also only sell electric cars from 2030.

He said that by 2035, European consumers will only be able to buy cars that offer electric power. Zellmer said Volkswagen will also stop selling internal combustion engines in the United States and China, but at a later date.

Last week, China’s largest SUV maker, Great Wall Motors, said 80% of its vehicles sold in 2025 will be new energy vehicles, as part of its goal to become carbon neutral in 2045.

The ambitions of these manufacturers are based on the growing acceptance of their electric models for sale on the market.

Electric vehicles, thanks to their extended autonomy, their new intelligent functions as well as the extension of charging infrastructure and government subsidies, are gradually being accepted as alternatives to gasoline cars.

“Mileage anxiety, which was once a major concern, is almost gone forever,” said Feng Chunyu, who owns a BYD Qin Plus that can travel 600 kilometers on a single charge.

“In terms of acceleration, electric cars do a much better job than gasoline cars,” said Feng, who drove a Volkswagen Sagitar before purchasing the BYD vehicle.

Statistics from the China Association of Automobile Manufacturers show that electric cars and plug-in hybrids made up 8.7% of new car sales in China in the first five months of the year. The figure was 5.4% at the end of 2020.

Fu Bingfeng, executive vice president and general secretary of CAAM, said their popularity with customers was a factor in the boom, which was based mainly on subsidies in recent years.

He estimates that their sales will grow by more than 40% year-on-year over the next five years and account for at least a fifth of total new car sales in China by 2025.

How Your Credit Score Affects the Cost of Financing a Car