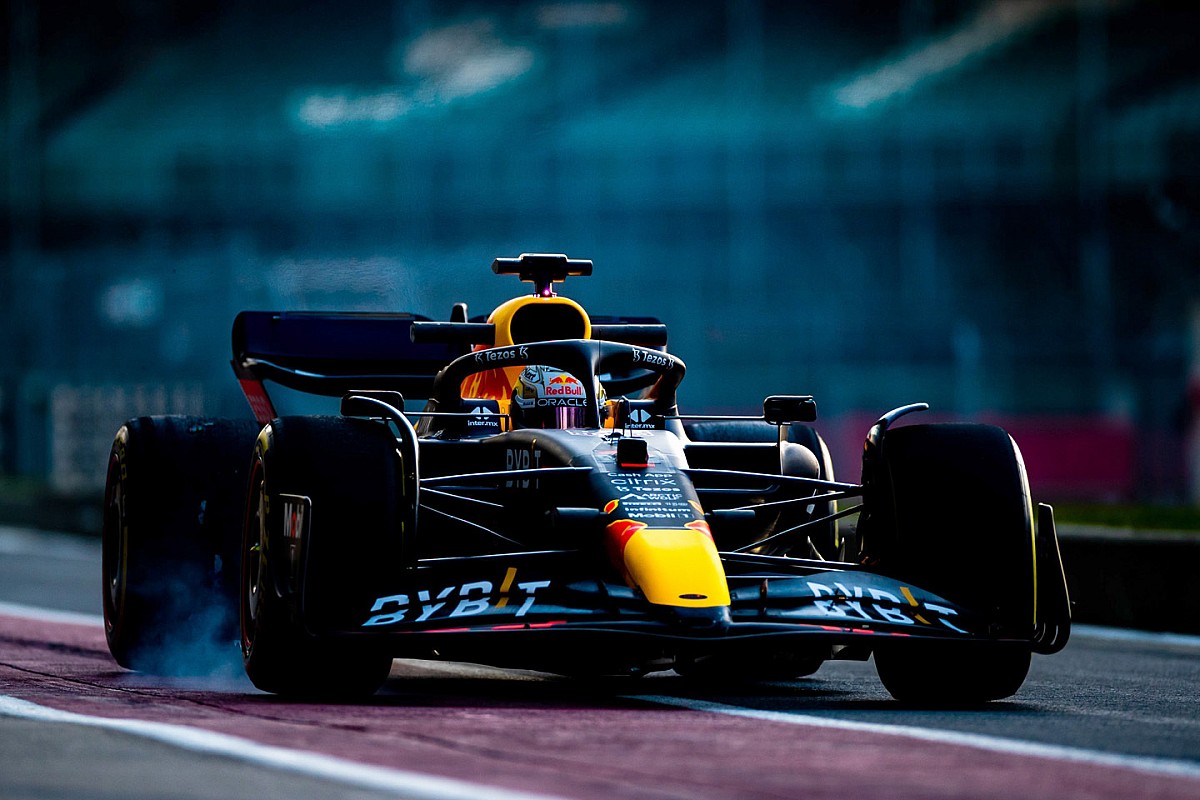 The Milton Keynes-based team, which helped Max Verstappen win his first F1 Drivers’ Championship last year, have so far kept the car out of the limelight.

After unveiling an updated show car at its official launch earlier this month, the team performed a behind-closed-doors shakedown at Silverstone during a day of promotional filming with only some low-res video footage of spectators appearing.

But as official testing began in Spain on Wednesday, the new RB18 was spotted for the first time as Verstappen was tasked with starting it up.

The new car certainly didn’t disappoint in its ambition, with perhaps the most aggressive sidepod solution we’ve seen on any of the cars so far.

In addition to the narrow entry, the design sees a bold undercut that is carried over quite a distance before merging with the car’s coke bottle region.

It’s a stark departure from what rivals Red Bull have done, with the sidepod area of ​​the cars having been an area of ​​clear difference between the teams ahead of the 2022 campaign.

The Red Bull nose also presents an interesting solution as it merges with the second element of the wing rather than going all the way forward.

Red Bull hopes the brand new aero regulations for 2022 will give them a good chance to get back on track for the championship.

Speaking at the team launch, however, Red Bull team boss Christian Horner was aware of the possibility that other teams had discovered a design secret to give them an advantage.

“We aim to build on what we achieved last year,” he said. “The objective is to try to retain the title.

“The big unknown is that we missed something with these regulations and someone else stole a step?”

Verstappen will drive the RB18 all day Wednesday, before handing the car over to teammate Sergio Perez for Thursday’s race. The pair will then have a half day each on Friday.