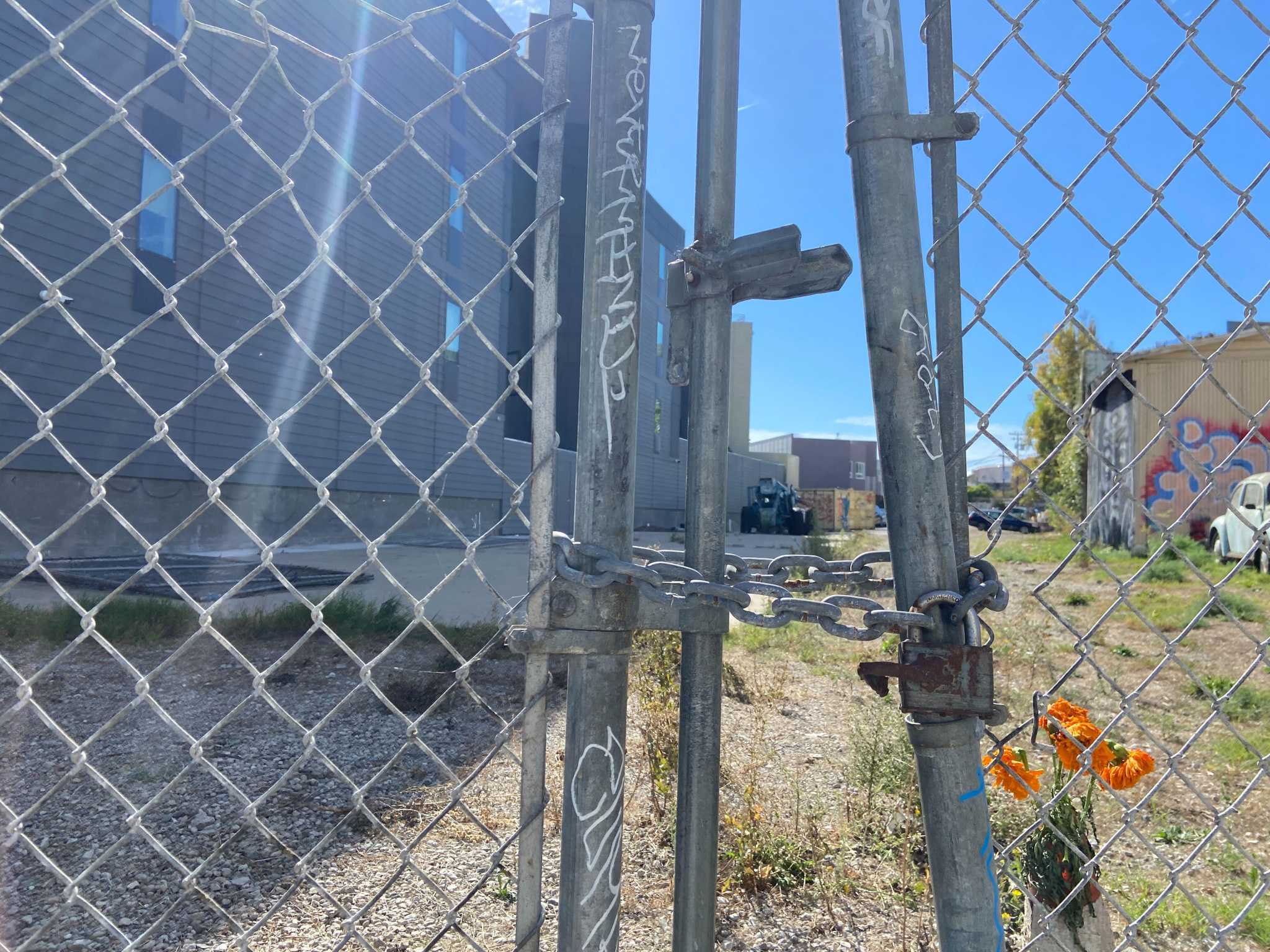 Fed up with a fenced parking lot in their San Francisco neighborhood, a group of neighbors decided to reclaim the space last weekend in an act that could be called guerrilla town planning.

“There is a 26,000 square foot lot in SF with no known owner,” wrote Zach Klein, founder of Dwell and Vimeo. “This weekend some neighbors and I opened the fence.”

What followed, in 16 tweets posted late Monday, turned into a polarizing story highlighting ongoing tensions in San Francisco over how best to use open spaces.

It involved the tech founder, an old railroad track, an angle grinder, and a vision of a park being dug out of a seemingly unused space.

The group of neighbors opened the fence surrounding a parking lot, planted a garden, then relocked the fence, documenting their efforts on social media.

The post quickly gained attention online, with some applauding the effort as an inventive reclamation of public space, and others decrying the project as titled or exclusive.

Officials from the Office of the Assessor-Archivist and the Department of Parks and Recreation, as well as District Nine Supervisor Hillary Ronen, who represents the mission, did not immediately respond to requests for comment.

Klein, who once claimed to have installed his own speed bump after learning it would take years to obtain a municipal permit, is no stranger to public stunts. He was joined by half a dozen other people.

There is a 26,000 square foot lot in SF with no known owner. This weekend some neighbors and I opened the fence.

The story begins more than a hundred years ago. pic.twitter.com/dskOyzQGRX

“To be clear, a park hasn’t been created, we just have an idea for one,” Klein said Tuesday morning via a Twitter message to The Chronicle.

Klein’s account began with a detour through the history of the Mission District, describing the Southern Pacific Railroad that bisected the district for a century, beginning in the late 1890s. wrote Klein, cut the quarter “at a sharp angle”, creating a patchwork of irregular triangle-shaped patches.

Once freight trains disappeared in the 1990s, Klein wrote: “Suddenly a wide swath of unused land ran through the second densest city in the country.

Most – but not all – of the plots were filled with buildings. A one-block plot immediately caught Klein’s eye when he moved to the area 10 years ago, he said. It was, he wrote, “just sitting there.”

“In a city that’s running out of space, in a neighborhood that’s done so much to help absorb SF’s growth, what a gift to have an abandoned lot like this,” Klein wrote.

But there was a problem.

“Other neighbors had put up a fence around it, locked it up and voila: free parking just for them,” he tweeted.

Frustrated, Klein wrote that he was “peeing and moaning privately” about the unused property, before uncovering a years-long neighborhood effort to reclaim the space. The effort aims to transform the plot into a green sanctuary that could be part of a chain of small parks on former railway lands that stretch from Noe Valley to Parque Ninos Unidos in the Mission.

Parcel 36, as it is called, is owned by the city, but “there is no title or deed on file at the office of the San Francisco City and County Assessor-Recorder. “, neighbor Elizabeth Creely, who participated in Saturday’s planting,
wrote
at Mission Locale in 2017.

On Saturday, Klein and other community members dedicated to the rehabilitation effort used an angle grinder to open one of two gates to enter through the fence. Led by Klein’s 8-year-old daughter, they cut the lock and filed. Klein called it their “first action in the field”.

Documenting the moment on Twitter, the group trucked in plants, soil and raised beds.

“And we mulched and planted together!” Klein wrote.

The group added their own lock to the single door so they could enter at will to tend to the plants, Creely said. People who park their cars in the lot will still be able to access it from another gate, she said.

While some residents want the Mission District plot
become accommodation
in a city that lacks it, Klein said he thinks the neighborhood “needs a fair share of green space.”

“Our goal is to raise awareness of the plot’s status and start the process to establish a more beneficial use for the community,” he tweeted.

Responses ranged from supportive to skeptical.

“You should check with community leaders and see how this lot can really benefit Latinos who have lived here their entire lives!!” wrote @CompaCut, who identified himself as a Mission District native.

Creely said the garden aims to “create accessibility” after the group unsuccessfully tried to gain access to the space through a compromise with people who park their cars there. Saturday’s guerrilla gardening efforts were the first step in what she said was likely a “long and resentful” process to figure out how space is being used.

Creely said she hopes the effort will bring attention to the car problem in San Francisco amid rapidly intensifying climate change.

“We need to look at every instance where a car has priority over a plant, garden or public road and we need to question that use,” Creely said.