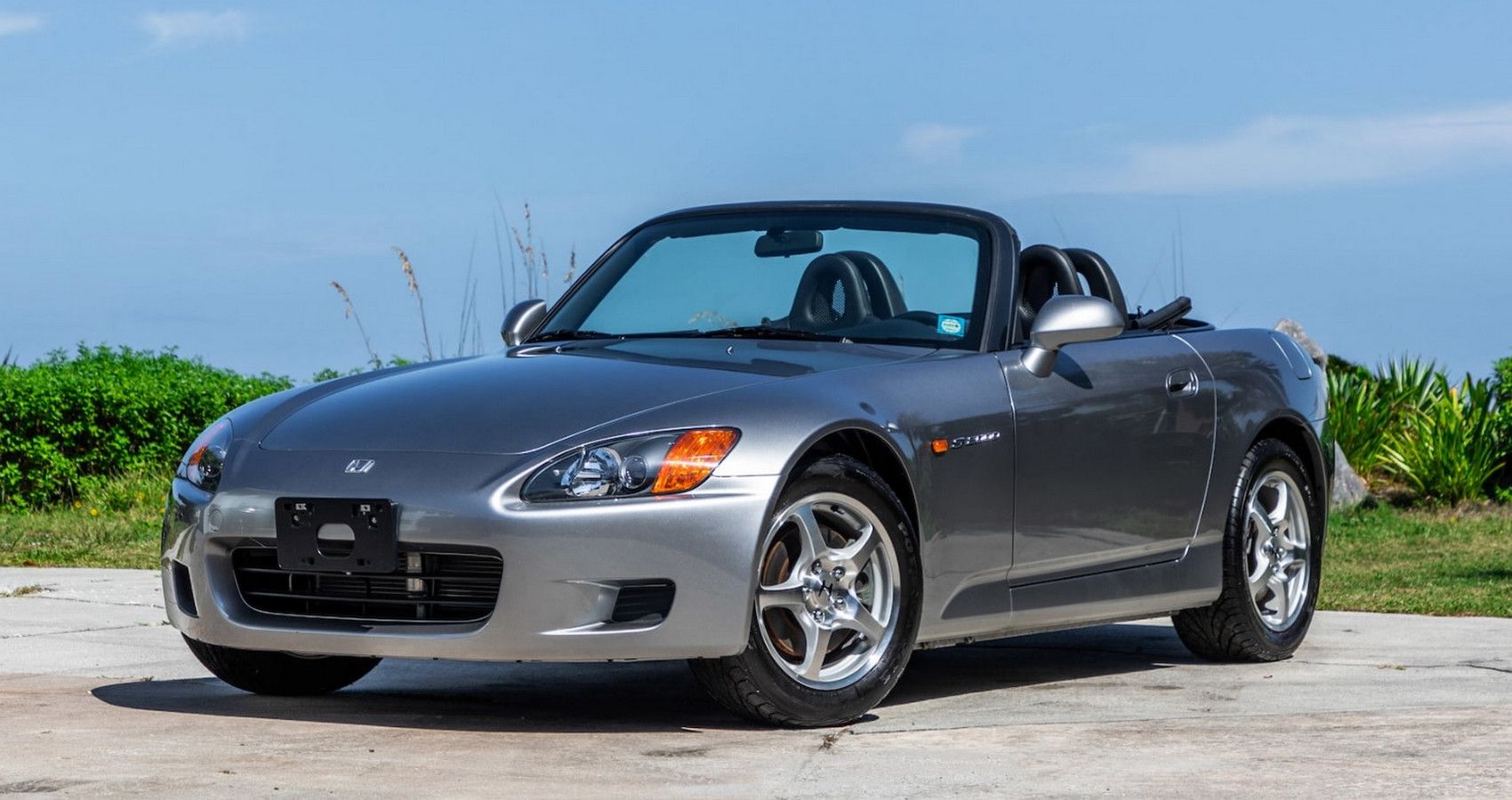 Getting to and from work can be a relatively boring daily occurrence, although it doesn’t have to be. For most people, their daily driver is a generic sedan – or a diesel sedan for those living in Europe – that easily gets lost in the river of road traffic.

Daily drivers don’t have to be just chunks of metal to get from point A to point B. They can also be exciting and engaging. The 2000s offered quite a few great sports cars which could achieve this and spice up your routine travels – all for a relatively low budget. The more sophisticated sports cars have great gadgets to play with when stuck in traffic, while the sportier ones can be driven on back roads to inject adrenaline into the morning routine.

Whatever the journey, whether it’s a highway or a winding road, daily drivers need to be comfortable, easy to drive, relatively fuel efficient and reliable, so as not to hurt the wallet. Here are 10 sports cars from the 2000s that would make the best everyday drivers.

The BMW E46 M3 is considered the best of the M3 generations and one of the best BMW M-Cars ever made. It’s also relatively easy to drive and has an impressive naturally aspirated inline 6-cylinder engine. BMW offered a choice of manual or automated-manual transmissions.

In terms of practicality, the E46 M3 is just a coupe, however, it has a large trunk and ample space inside the cabin to move around. The E46 was also available as a convertible, but it was not as popular as the coupe. The BMW E46 M3 is one of the most perfect ways to inject excitement into the daily commute.

Related: 10 Things Everyone Forgot About The BMW E46 M3

The Mercedes-Benz E55 AMG might not be the most economical sports car, but it was certainly one of the most luxurious offerings of the 2000s. It was the last AMG to feature the supercharged V8 5.4-liter engine producing 470 hp and 515 lb-ft of torque. The engine is one of the most powerful and reliable German V8s ever made, with great tuning potential.

The E55 AMG also offers plenty of goodies as well as its luxurious leather interior, a comfortable ride and excellent driving dynamics. The car also sounds amazing thanks to the sports exhaust and with a top speed of 155mph it can easily keep up with modern sports cars.

The Honda S2000 is an impressive sports roadster built by one of the most trusted manufacturers on the planet. It was built to compete with the Mazda MX-5 and the Porsche Boxster, a task it did quite well. The S2000 was initially offered with a naturally aspirated 2.0-liter inline-4, which was upgraded to a 2.2-liter when the model was refreshed.

The S2000 is a terrific and comfortable daily driver, with a brilliant engine and supercar-rivalling handling. Whether you’re driving down the highway or zipping down a side road on your way to work, the Honda S2000 will put a smile on your face.

Related: Why Honda’s S2000 Is One Of The Greatest Sports Cars Ever Made

The Porsche Boxster is the car that saved the German marque from bankruptcy and helped it get to where it is now. The Boxster was seen as the “cheap” Porsche – the model bought if the 911 was too expensive. That couldn’t have been further from the truth.

The Boxster was considered the smallest 911, with excellent driving dynamics and punchy flat-6 engines. Thanks to depreciation, the first-generation Boxster has now entered the realm of the mid-tanker, as the UK’s CarThrottle shows.

The Pontiac Solstice was a car that is not necessarily known to many people outside of the United States. It was GM’s answer to the Porsche Boxter, Honda S2000 and Audi TT. The Solstice followed the recipe of small and punchy engines, manual transmissions and lightness. The Solstice featured a 2.0-liter turbo-4, producing 260 hp and 260 lb-ft of torque, while weighing just 2,800 lbs.

The Solstice is a relatively cheap and sporty car, available as a roadster and a coupe. The engine has the practical advantage of being quite fuel efficient, which improves day-to-day roominess and drivability. If one tires of the standard transmission, the engine compartment is large enough to accommodate an LS3 V8.

The Audi TT has the reputation of being a hairdresser’s car, just like the BMW Z3. Although this stereotype may carry some weight, the TT is still a great car. Available as a coupe or convertible, with a manual or automatic transmission and can be had with a sizable 3.2-liter VR6, the original TT was quite configurable.

Besides the aforementioned options, the TT 3.2 came standard with leather seats, air conditioning and a (then) new DSG transmission as an option. As the TT was based on the A3 platform, itself based on the Golf, the TT’s ride was smooth and comfortable, perfect for the daily commute.

The Chevrolet Cobalt was a relatively boring, generic coupe and sedan, offered below the Malibu. It was in the same class as the Dodge Avenger, itself a boring, generic sedan. However, unlike the Avenger, the Cobalt had a really sporty version in the form of the Cobalt SS.

The SS featured a 2.0-liter inline-4 engine, which initially offered a supercharger, but this was later replaced with a turbocharger when the engine could no longer pass emissions testing. The supercharged SS produced 205 hp, but Chevy dealers offered three tuning steps for the car. The most powerful stage pushed power up to 260 hp using 100 octane fuel, with the option of nitrous injection. This level of performance made the Cobalt SS a relatively unobtrusive sleeping car from the factory, perfect for embarrassing other commuters on the way to work.

The Audi S5 may not be the top-of-the-line RS5 model, but it was still a good car. When Audi first introduced the S5, it had the same 4.2-liter V8 as in the RS5, albeit detuned. Audi then replaced the S5’s engine with a supercharged 3.0-liter V6, which produced less power and the same amount of torque.

The S5 V8 produced 350 hp and 325 lb-ft of torque, with power sent to all four wheels via a 6-speed manual or 6-speed automatic. It was a great car that had much the same styling as the normal A5, leaving passers-by aware that there was a German V8 super under the hood. The V8 S5 also sounds amazing when driven hard.

The Porsche 911 is the sports car par excellence. It’s a title it’s held for a number of years due to the fact that it’s perfectly designed and built. It can make almost anything in its class shiver with fear, whether on a track or just down a twisty road.

But while the 911 is a great sports car, it’s also a great everyday car. The old 911s were a bit rare, but the more modern ones have conquered the everyday look of motoring and improved it to such an extent that even the current 911 Turbo S drives easily every day. A car that can easily embarrass Lamborghinis and Ferraris.

The Mazda MX-5 is probably the smartest sports car option for daily drivers due to its size, fuel economy, ease of driving and comfort. The MX-5 redefined what it meant to build a sports car and showed that it didn’t need to be expensive, unreliable and only usable on weekends. They might even be driven to work every morning.

The MX-5 of any generation is a good choice for a daily driver, but it’s always good to check for rust and make sure everything has been well maintained. The Mazda MX-5 today continues that trend of effortlessly reliable sports car ownership, although we don’t yet know how long that will last with the current trend of hybridization and electrification. Will the next MX-5 be hybrid or electric? Hopefully we will find out soon.

Michael De Kock is passionate about cars and everything from lawyers to particle accelerators. He studied psychology and knows a little about repairing cars (especially old Land Rovers). He also blogs and has a book, 125 Creative Writing Prompts for Petrolheads, available on Amazon. His philosophy in life: Stop Hate – Adopt a V8.

Pittsburgh Steelers quarterback and OSU standout Dwayne Haskins, 24, died after being hit by a car