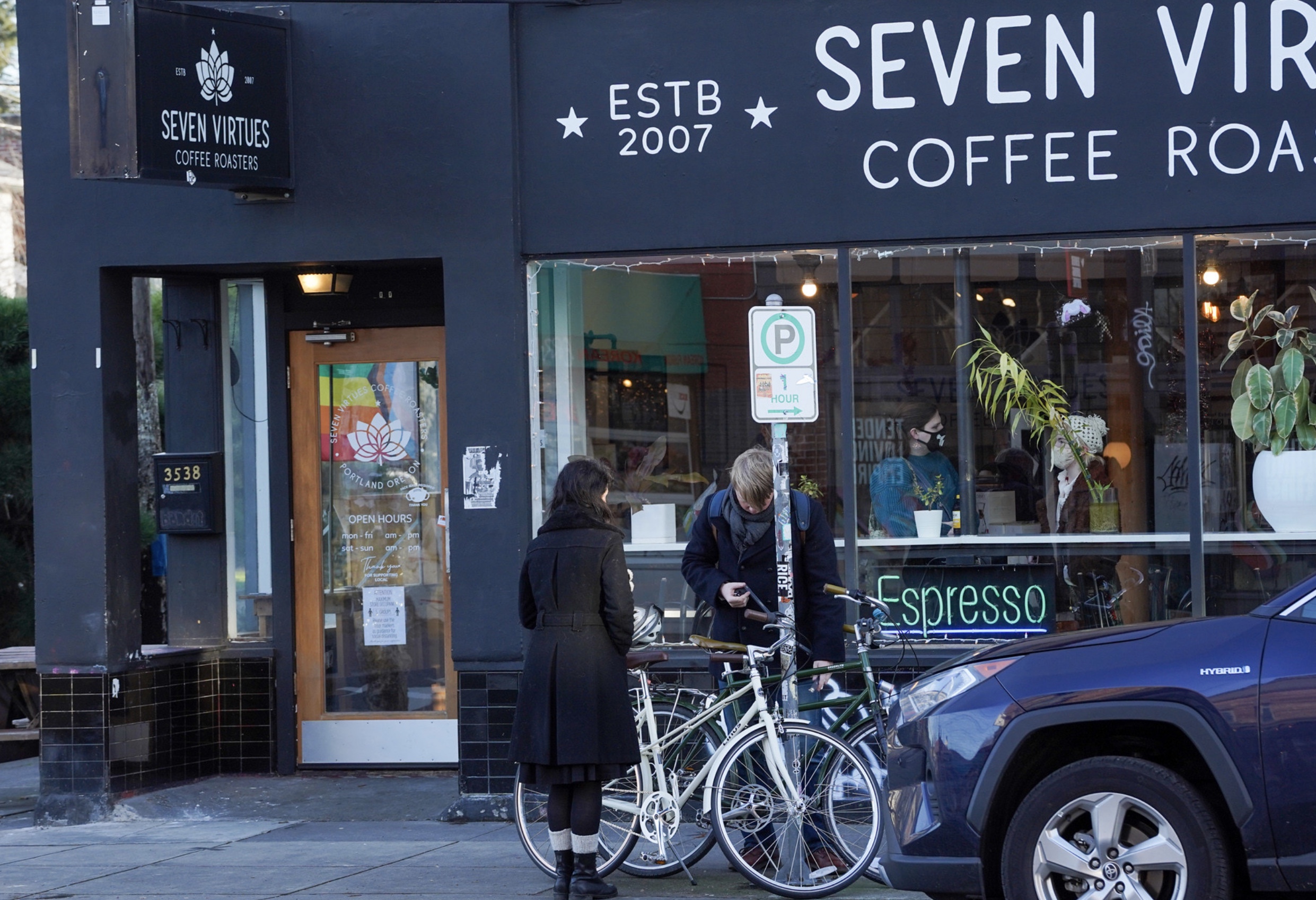 The Portland Bureau of Transportation disappointed many people with its decision not to add bike lanes to Southeast Hawthorne Blvd last year. But if there was a silver lining, it’s because they also promised to make the streets around Hawthorne better for biking.

At Tuesday night’s meeting of the PBOT’s Bicycle Advisory Committee, a city planner shared initial plans to deliver on that promise.

One of the main arguments for putting bike lanes on Hawthorne through the popular shopping district was to give everyone – not just motorists – easy access to all the shops and restaurants. Since PBOT was unwilling to take this step, improving the nearby neighborhood greenway network was the next best thing. At last night’s meeting, PBOT planner Zef Wagner said he has set aside $80,000 in funding to tackle this problem in two distinct ways: improving existing greenways and by add some news.

For existing green lanes, PBOT will add detour and traffic calming functions (usually speed bumps) until drivers are traveling at 20 mph or less and there is less 1,000 car journeys per day.

There are already several well-used neighborhood greenways serving Hawthorne. Salmon/Taylor (to the north) and Lincoln/Harrison (to the south) are former parallel relays. Wagner said driving speeds on Salmon/Taylor remain higher than they prefer, so more speed bumps are coming soon. And for Lincoln/Harrison, PBOT is currently evaluating some recent additions to reduce volumes and drive speeds.

The current north-south greenways at 29th and 52nd already meet speed and volume guidelines, so they will not benefit from any new investment. But PBOT will add speed bumps to slow drivers on the 41st Avenue green lane.

The big news from the meeting is that the PBOT will establish three new north-south greenways: 23, 34 and 45 SE (see above).

Wagner shared traffic data showing that 23rd is already meeting guidelines and filling a gap in bike-friendly streets between 16th and 29th SE. “It’s a pretty big gap and there’s a lot of commercial activity going on on 23rd Avenue,” he said. “So we thought that would be a good connection between Harrison and Salmon.” Given that 23rd already meets its speed and volume thresholds, and that PBOT has laid out a new pedestrian crossing there as part of the Pave & Paint project, all it takes to formalize this new greenway will be markings narrow roadways and wayfinding signs.

The 34th is already a very popular cycle path and PBOT wants to fortify it as an official greenway. Wagner said at over 2,000 cars a day there is too much car traffic, so they will make a diversion to reduce that. They have not decided whether the diverters will be placed on Hawthorne or 34th.

To make SE 45th a greenway, PBOT says it should only take the addition of speed bumps.

With these traffic calming and detouring features, Wagner said PBOT will study how traffic flows are changing in the neighborhood to limit the impacts of through drivers on nearby streets.

In a report released last year by the PBOT before Hawthorne’s decision, they hinted at the purpose of these neighborhood greenway improvements. “Once this extensive network is fully established, all destinations along Hawthorne will be within approximately three blocks of a designated bike path,” it read.

If all goes according to plan, these projects will be in place in late 2023 or early 2024. Stay tuned for opportunities to share feedback as things develop.

I have four kids (including this website) and live in North Portland near Peninsula Park. contact me at @jonathan_maus on Twitter, by email at [email protected], or by phone/text at 503-706-8804. Also, if you read and enjoy this site, please become a supporter.

It shouldn’t be so hard to go to the game