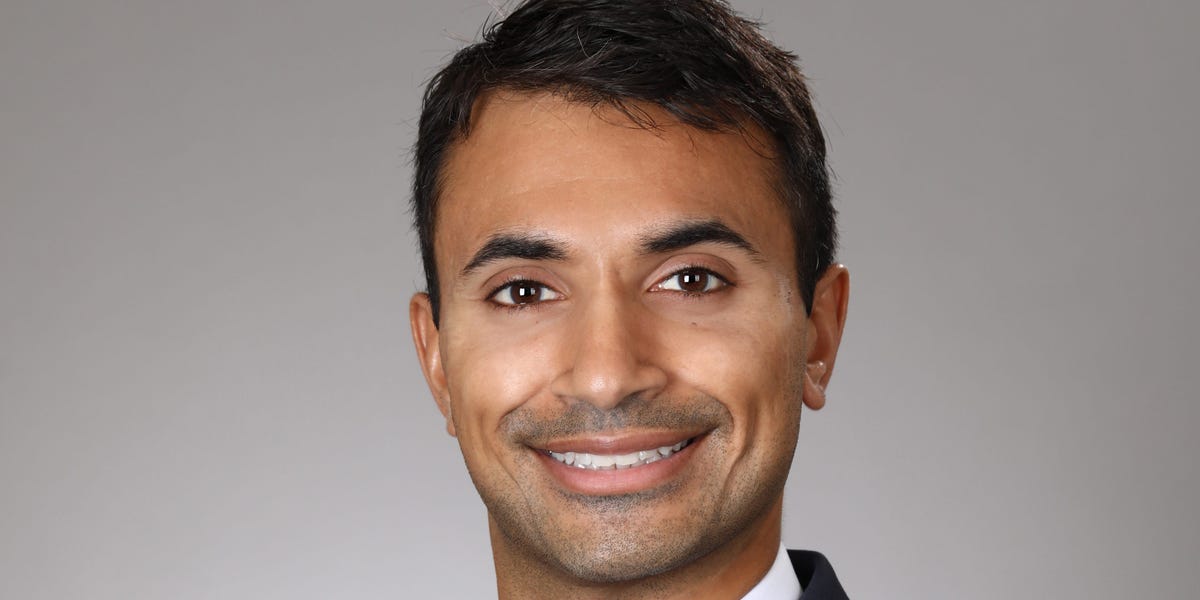 Why I left Goldman Sachs for self-driving car startup Apex

This as-told-to essay is based on a transcribed conversation with Curren Kulkarni, 30, head of strategic finance at Apex.AI, a self-driving startup. He began his career as an investment analyst and has a background in systems science and engineering and finance. The interview has been edited for length and clarity.

When I went to Penn for undergrad, I went to engineering school because I wanted to learn how to build things.

I quickly realized that I didn’t want to be too heavy on the tech side. I went back to business at the other extreme, which I would define as Wall Street.

I started at Citigroup in the traditional investment banking analyst program. I finally found myself in the group I wanted to be in, which was then the special situations group, a billion dollar principal investment team. There, I focused on all types of industries: oil and gas, software and technology, healthcare, retail, industries.

I was in a $7 billion primary investment fund that focused on a variety of different investment strategies. I focused primarily on private markets, investing in enterprise software companies.

I was just in the right place at the right time, which I think is part of choosing a job. I also joined a previous team with smaller people – you can take on more responsibility. You can join any big company and you still have to peel the onion a layer or two and understand at a team level what the dynamic is: what am I really getting into?

I joined a very small fund known for having lean deal teams, which means they only pair a managing director with an analyst on any given deal. I really took the opportunity to move into a pseudo-VP type role as an analyst at Goldman because I basically have to own the enterprise software space at the junior level.

These were the most intense 2 years of my life.

There were a lot of sleepless nights and sleepless nights, but all with the mindset that you’re not doing it just to put up with it, you’re doing it to build skills and to get assessment repeats software publishers. I can go out and do something much cooler down the road, but it all starts with this space in my career.

Having this ability to really invest in so many enterprise software companies and in a tight timeframe was a double-edged sword: a very good learning experience, but certainly not for the low hours and lifestyle.

That’s really when it all came together for me. It kind of came full circle at Goldman: Hey, I really love the elegance and scalability and how opportunistic the software industry is now.

For me it was: hey, I’ve hit enough billionaires in the last two years who were in their late twenties, early thirties – maybe I should take a huge risk and act of faith in myself and try to follow this path too .

There’s this term in the Wall Street world called the “golden handcuffs” where you get used to that really high, cushy salary. This usually happens as soon as you move from analyst to partner. You start earning a significantly higher base salary and annual cash bonuses.

It’s very, very difficult to leave, even for entrepreneurship. As a third-year analyst at Goldman, I thought now was the perfect time to take that leap of faith.

Shortly after being promoted to partner at Goldman on January 1, 2018, I collected my bonus for the previous year and gave my two weeks notice.

When you join a startup startup, you need to be able to build a product or sell a product. This is especially true at the seed and A-series stages.

I discovered that I could leverage my analytical spreadsheet skills into a startup role – I would only need to spend six months learning about growth and gaining hands-on work experience. That’s where boot camp (called Tradecraft in San Francisco) came in.

You have to quickly be ready to adjust your lifestyle and accept that, hey, I’m taking a risk.

The second most important thing was what I will call the prestige reduction. I went from working at one of Goldman’s top floors in New York to joining this startup. A stranger might look at this transition and think, wow, has this guy lost his mind? What is he doing? Why would he do that?

I took a very structured approach of like, OK, I’m going to give myself four years to join a few different startups, because 90% of startups fail at the seed and Series A stage. That’s also why I didn’t want to do an MBA from the start; I wanted to save this as my ultimate backup option.

The first startup I joined was not culturally appropriate

I definitely had a moment where I said, What? Why did I do this? Why did I leave New York? All my friends and family are there. I am all alone here.

The reason I didn’t panic and came back to New York was because I knew I had this plan, this schedule. I knew there would be volatility. I knew it was likely that the first business would not work.

I’m talking specifically to bankers and consultants: you also have an advantage, which is the skill set and the ability to assess a company in a bit more detail than others, because you have that experience of business analysis.

Before joining a startup, you need to do some due diligence as if you were doing a venture capital investment, because you are investing your own livelihood in the business. Who are their investors? What are the main milestones they talk about in their press releases? What are they trying to build? Is there strong competition? Is there a heavy, heavy differentiation? Is there a real revenue and business model?

I was immediately drawn to the self-driving industry

I think the industry is very clearly going to be the next big tech megatrend, similar to what iPhones have been for the past 20 years.

When I joined Apex, we hadn’t even released our first product yet. But I was just over the moon impressed by the two co-founders and their backgrounds, their experience, their curriculum vitae.

Originally, I reported to someone at the vice president level to oversee finance and business. He left about a month after my arrival. I was immediately able to rise to a pseudo VP level overseeing the entire finance, accounting and fundraising department. I was promoted to Head of Strategic Finance, and now I oversee all day-to-day finance and accounting in addition to fundraising, investor relations, sales, operations, pricing and monetization.

When you join a startup, it’s really yours. You make it yours.